Red Leaves and Dreams of Ale

A woodland frozen in perpetual Autumn. Plenty of Grimm to be found here, beware!
Post Reply
6 posts • Page 1 of 1

A class trip to Forever Fall. The project: study the abnormal plant life of the forest and prepare a written report by the end of the week. Why was Forever Fall the way it was? Why were the plants that grew in that forest red all year long? There were answers to be found, and it was the students' job to find it. whether by their own observations or through other means. To accomplish this, the class had taken a field trip to the forest to study the plant life and collect samples of sap from the trees, accompanied by a pair of teachers for protection, however being huntsmen and huntresses in training, it was expected the students should be able to defend themselves if they were attacked by Grimm. Nevertheless, students were made to work together in groups of no less than two for this assignment, both for academic reasons and for safety.

He'd known about this trip ever since it was announced two weeks ago, and yet Vee felt a sense of dread when he came into class that morning. He had been here since the first day of school and yet he had no friends so far. No group, always the loner in class. Of course he wasn't the only one, but knowing how the young man never interacted with anyone in class, the teacher pulled him aside and instructed him to pair up with... Castor Archomos? Never heard of 'em. Must be another loner with no one to work with.
Top 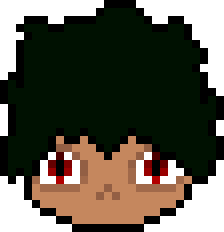 It wasn't every day Castor bothered to participate in class though after recent events it had dawned on his dumbass that maybe there was something of value in these lectures. It helped that on this particular day the professor had them group up in pairs, with the goal of the day's lesson was to look and trees...kill Grimm? Truth be told Castor was half awake through the explanation and was banking on the other student to help on that end. In usual Castor fashion, he had not bothered to learn any of the names of his classmates save for the few he's meet outside of school grounds. This new classmate of his seemed to be a loner of sorts also though by choice and circumstances was unknown.

It quickly became clear that the various groups were headed off in different directions, being as it was his first time within this forest going around aimlessly would probably not be for the best. That would just be asking for a surprise from local Grimm...on second thought. Quickly turning to his classmate "all right I'm gonna...scout ahead...make sure no pesky Grimm tries to ambush us, you go get us that grade." and with that Castor quickly went further into the forest without a care in the world.

The intent of his actions wasn't to abandon his fellow huntsman in training but to see what kind of person they were, after all both of his mentors instilled the value of actions over words into him. Besides less time they spent on overlong introductions the quicker they can get this class assignment over with. If any Grimm were to show themselves, they would at least make this day a bit more bearable. Fidi could use the exercise anyway.
Top

"Not so fast," Vee spoke up. "You're not going off to have fun by yourself and leave me to do all the work." He thrust out an empty glass jar. "Get your own sap. I've plans for my own, and I'll be using yours too if I collect it myself. Bite the bullet and get it over with." He didn't necessarily mind doing the project himself, as he'd planned on working alone anyways, but to be forcefully partnered with someone who refused to do their share of the work annoyed him. Besides, if he wasn't able to go out and enjoy himself by killing a few Grimm because he had to do someone else's work on top of his own, there was no point in even coming out today, he could have just gone to the library to do the research instead. "Besides, we've a while before we must return to campus, we can hunt Grimm once we've collected what we need."
Top

Castor was in the least bit surprised by his "partner's" reaction as he was handed the empty jar, the only thing running in his mind was how to make this boring, pointless lesson...just a little more fun. Turning around to face his classmate with a bit of a challenge "tell ya what, let's see which one of us can kill the biggest Grimm before the day ends, the loser has to pay lunch for a whole week, booze and all." Castor was confident that he can easily win such a contest. His semblance was particularly useful for hunting creatures of Grimm and even better at killing them. But of course, Castor would not call out fidi until suitable prey was found or presented itself. Luckily it would not take long for them to catch the attention of the local monstrosities. As out of nearby bushes popped out a boarbatusk, these little bastards were usually smaller than other Grimm, but they were just as vicious and aggressive as any other creature of Grimm.

At first, it seemed to be limping but that quickly changed as the monster quickly curled into a ball and rushed towards him. Snaping back to reality Castor quickly reacts with a sidestep easily avoiding its attack, it may be a stupid monster but its horn can easily impale someone with little effort. When it came back around for another attack, Castor readied himself by going into a grappler stance with his body leaning forward and legs spread out wide. But not before he would throw up an empty glass jar straight into the air. As if taunting both the Grimm and his classmate, at the last moment, before the Grimm could land its mark, Castor would dodge to the side using his hands to grab onto the nearest tusk and yanking it to the side. He wouldn't have to put much effort, thanks to the momentum of the boarbatusk the white bone protrusion came flying off the monster forcing it out of its little spinning death ball, crashing into the dirt face first.

The sound of bone breaking along with the boar's roar in pain echoed throughout the air. As Castor inspected the horn in his hand and the rest of the monster as it fumbled around on the floor, he had realized that the monster had already been in a fight earlier today. Judging from the numerous breaks...and bite marks throughout its body. He believed maybe an animal like a bear or wolf took it by surprise. Either way, fighting a half-dead Grimm had no appeal to the huntsman in training, so he would fling the worn-out tusk at the boar as it rose from the ground. Unlike the boar. Castor would find his target as the broken-off bone would find its new home between the Grimm's eyes, lodged into its skull before dying and disappearing into nothing as all creatures of Grimm do. Castor would out his right hand as he yawned before letting his classmate "this small fry doesn't count" as his glass jar falls back into his hand perfectly intact.
Top

Vee was rather annoyed by his classmate's insistence on being a nuisance. Still before he had a chance to protest, a wounded Boarbatusk came out of the bushes and began attacking Castor! Vee reached into his coat to draw one of his guns, but it seemed his help would not be necessary as Castor had the situation well under control. An easy victory. "As I was about to say, what do you mean "including booze"? You have a way to procure alcohol without being caught by the professors?" That tidbit had caught his interest. He'd intended to brew his own ale with this syrup but that would take weeks at best.
Top

Castor was unsurprised by the person's initial reaction, but when the person started to ask about the booze did take him by surprise. Given their reaction and questioning Castor believed he had finally met someone who shared his appreciation for alcohol. Castor quickly going through his scroll before he comes across a small list of ingredients of items, "if you're planning to make your stuff, there's a few ways to hide the materials needed in plain ordinary purchases." Castor tap his school again with a new photo. This time it showed a fancy flight of several drinks, all of them being much more expensive than any normal person let alone a student would be expected to afford. Of course it doesn't show Castor downing them like he normally would, after all if a school official found these photos he could lie and say its just photo of a drink he saw.

"I happen to know a small little place that has no problems providing their...product to all who are willing to pay, sides the owners and I are friends...of sorts so there's that." Castor would put his scroll away before heading towards to the deeper area's of the forest. If nothing else this little contest of Grim hunting just got a lot more interesting, "come on we aint got all day." He yelled back towards his classmate, Castor finally realized he never bothered to ask for their name....meh he'll ask later once the day is done.
Top
Post Reply
6 posts • Page 1 of 1

Return to “The Forever Fall Forest”