A peaceful place for learning. Stay out of the restricted section, and quiet in the library!
Post Reply
32 posts 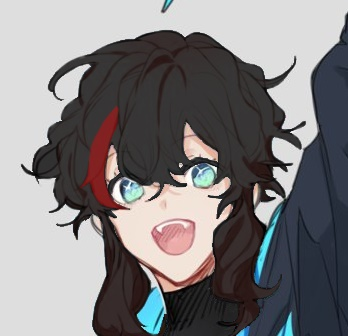 Felix watched with amusement written all over his face as Keid took his silly shot. When he got the scroll back his grin broadened and he laughed. "Oh boy, yeah, no confusing them for piercings ever again. This is perfect," he said through his laughter as he stuffed his scroll back into his pocket and took Keid's. Luckily, he'd anticipated such an event. It hadn't given him much time to think, but it was enough! As he took Keid's scroll he held it up at a high angle for a nice selfie. With his other hand he put his index finger right below his eye, pressed, and pulled down while sticking his tongue out. Then it only took him a few seconds more to fill in his name and number before handing it back.

"Alright hot shot, it's a date," Felix said with a wink. "I'll ask around and see if anyone else I know wants to come along for the ride. And don't worry, I'm not in the habit of making third wheels out of anyone." Who knew? He might not even find anyone to bring along!
"With quiet words I'll lead you in and out of the dark."
Top 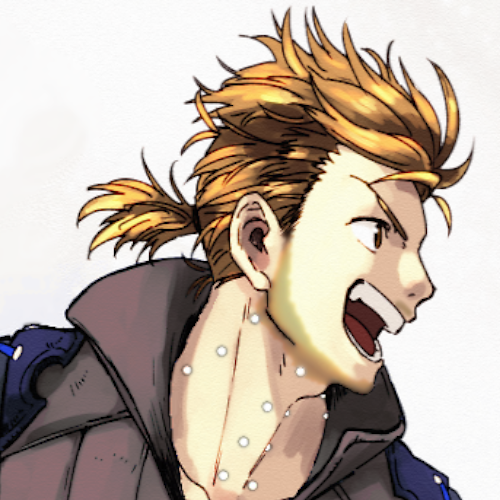 The ridiculous photo and the whole idea of having a scroll full of them seemed like an endless source of mirth. "You know, I might just start to ask that too", Keid pondered between snickers. "This has to be the funniest collection to make."
He was only made to laugh harder and facepalm when Felix called him 'hot shot', a nickname that he'd coincidentally had for the last five years in his tribe. Keid didn't even know if it was supposed to be a pun, sudden flirtation, or if it just fit him enough that someone he'd known for less than an hour would say it randomly — and wouldn't that be weird. Apparently he couldn't even get rid of it even by flying thousands of miles away.

"Okay", he breathed as he calmed down, "yeah, I'll ask around too, I might have someone in mind." He still had those books to read, too. Or well, didn't had to, but he'd come for them in the first place. Like always, he couldn't take all of them with him, so he'd began flipping through each while he spoke, renewing the tracers made by his Semblance.
"So you wanna go on Friday?", he verified. "I'll let you decide on the hour, you know Vale better than me."
*Chatters in #FFCC77*

Return to “The Library”